As an actively practicing Catholic and a member of what’s sometimes referred to as the “faith press”, I’m always excited by the conversations I’m invited to have in and around the entertainment community. Such an opportunity happened recently when I was offered an advance look at Disney+’s continuation of a much-beloved animated program. When it launches on February 23 in a weekly episodic format, “The Proud Family: Louder and Prouder“ will continue a story that originally aired on network television between 2001 and 2005.

I had a fun sit down with Ralph Farquhar, the show’s Executive Producer, Alisa Reyes (LaCienega Boulavardez), and Paula J. Parker (Trudy Proud), all of whom were a part of the original series and are now key players in bringing the show to a new generation.

If I had to give one word to emphasize what struck me in the two episodes I watched, it would be “representation”. Just as the world we live in these days has evolved and changed in the last few decades, Penny Proud (Kyla Pratt) and her family and friends have too. But as much as some things have changed greatly, there are also so many timeless threads present in this show that create the messy, hilarious, magnificent masterpiece of what “family” really means.

Whether you decide to watch the show or share it in your home is up to you. But I want to share explicitly here that as a writer, I consider it an honor to ponder the themes present in programming that are both mainstream representations of today’s society and in many ways groundbreaking and challenging. Some parents will decide the content here isn’t a good fit for their families. Others will call it long overdue. Believe me, I understand and appreciate the importance of carefully discerning what we watch together.

Regardless of what others decide about what they’ll watch, for me, it’s an honor to talk with creators about their mainstream projects and how their personal spirituality and family lives impact what they have fashioned. It’s an honor to share conversations openly about the world in which our children are living and what we hope and dream for them. It’s an honor to set aside preconceived notions about one another (on both sides of the table!) and laugh and imagine. And it’s an honor to have the hardest of conversations and to walk away feeling I’ve learned something about how to more openly love anyone I meet, no matter where they are on their journey.

A continuation of the acclaimed series, “The Proud Family: Louder and Prouder” follows the adventures and misadventures of newly 14-year-old Penny Proud and her Proud Family as they navigate modern life with hilarity and heart. The 2020s brings new career highs for mom Trudy, wilder dreams for dad Oscar and new challenges for Penny, including a socially woke neighbor who thinks she has a lot to teach her, bullying social media influencers who want to cancel her and her own teenage hormones. Penny’s friends return, including Dijonay, LaCienega, Zoey and Michael. Penny’s Suga Mama also returns, ready as ever to dispense tough love or a gentle hand whenever Penny needs it. Among the new faces are Maya and KG, new kids who not only have to deal with the struggles of being the new kid but also having two dads, a first for Smithville.

When I create or share content these days, I’m always vitally concerned with sharing stories in which any person who engages with them can find someone to relate to. “The Proud Family: Louder and Prouder” seems to work overtime at offering this. Penny’s friend group is diverse. Her besties include Dijonay, LaCienega, Zoey, and Michael – normal kids doing their best to adjust to the crazy ways in which their bodies, minds, and social stresses are shifting around them.

Take a look at @DisneyPlus The Proud Family: Louder and Prouder with @LisaHendey #ProudFamily Click To Tweet

Michael Collins, dynamically voiced by EJ Johnson, is a good example of how this show has evolved over the years. In its original iteration, Michael was described as Penny’s sort of flamboyant friend, a kid whose effeminate interests often caused him to be bullied, even by his own father. Of today’s Michael, EJ shares on their own Instagram profile, “This character is witty fabulous glamorous and a force to be reckoned as well as unapologetically themselves. All attributes I love to bring to my characters.” Including Michael as a strong character, a solid friend to Penny, and a kid going through all the usual ups and downs of growing up, feels important to me. There are lots of “Michaels” out there who will–perhaps for the first time–find someone who feels the way they do. And there are lots of us with friends who are “Michael”–or for that matter “Penny”, “Zoe”, “Dijonay”, or “LaCienega”–who will perhaps see them in new ways after getting to know these characters.

As someone who didn’t watch the original version of the show, I came into this screening with no foreknowledge of Penny’s family. What I discovered was a home that is as crazy, kooky, and love-filled as any home is. Penny’s mom Trudy (Paula Jai Parker) is a take-charge veterinarian who seems to rule the roost with love. Her dad Oscar (Tommy Davidson), is an overprotective work-from-home father who seems bound and determined to keep an eye on his daughter. Oscar’s mom “Suga Mama” (JoMarie Payton) is the hilarious matriarch who along with Penny’s twin siblings BeBe and CeCe round out this multigenerational clan.

While I’ve only screened a few episodes, I have a strong sense that the show will take on themes we couldn’t even have imagined possible when it last aired in those days before iPhones and Instagram. In Episode 2 “Bad Influence(r)”, Penny is caught up in the insanity of social media and its incredible impact on today’s world. While watching that romp, I thought not only of some of my own foibles but also about the valuable conversations that could happen around kitchen tables and in the seats of SUVs when families see the show. “Who influences you?” we might ask ourselves and our kids, “And is that a good thing, or a bad thing for how it makes you want to treat the people around you and for the kind of person you want to be?”

Families watching the show together might also find themselves discussing how different families experience culture differently, how to treat grandparents with love, and why dads really never want their daughters to wear what they really want to wear. You’ll laugh, you’ll cringe, and your kids might just say something that teaches you about their world perspectives.

For every updated aspect of the show, there are still the same timeless topics that make any “coming of age” tale a fruitful topic of conversation: peer pressure, bullying, growing up bodies and emotions, and all of the hilarity that comes with living in and loving a family. For those who do decide to watch, I’d imagine that sitting together for the show and then having a good chat afterward will help parents broach some important topics.

In my mind, the best stories cause us to feel something strongly and to see life around us in new ways through the prism of what we have experienced. In my mind, “The Proud Family: Louder and Prouder” accomplishes both of those in a way that’s fresh and appealing.

The Proud Family: Louder and Prouder will premiere on February 23 on Disney+. 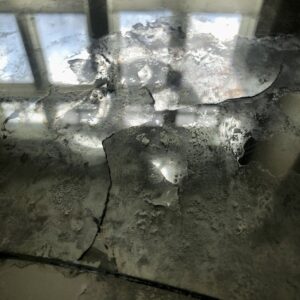