It’s been well over a month since I screened The Florida Project and three weeks since I shared my interviews with the cast here. And yet unless you are part of the small world who pays attention to Oscar buzz, it’s unlikely that this film is on your radar. Now playing in select theaters nationwide, this gut-busting, heart-wrenching romp is the one movie of 2017 that I can’t get out of my mind.

I feel it important up front to state that while one of the blockbuster portrayals here comes from a child and the story is told adjacent to Disneyworld, this is strictly adult fodder.  Readers may even wonder why I’d bother to share with you an R-rated movie (for language throughout, disturbing behavior, sexual references and some drug material). My main motivation is the conversations raised by The Florida Project. Those things about this film that make it most challenging to recommend are also the main argument for mature viewers to see it and to talk about it.

What Director Sean Baker has created here is a colorful (literally) look at a reality that is lived around our nation daily by those living “on the peripheries”. Pope Francis addressed them–these “periphery” dwellers–in 2015 when he shared, “The Word of Christ is intended to reach out to everyone, in particular those who live in the peripheries of existence, so that they might find in Him the center of their life and the source of hope.”

But how can we reach them with a message of hope if we don’t know them, if they are hidden to us?

Enter here the story of The Florida Project, which in its best moments takes us to those raw edges through the eyes of a child and her playmates, romping their way around a budget motel. For Moonee (Brooklynn Prince) and her pals, “The Magic Castle” isn’t just a place they’ll stay at for a week while trekking around “the happiest place on earth”. Rather, this oversized, probably bedbug-ridden cut-rate inn is “home”. Through Moonee, we eventually meet single mom Halley (Bria Vinaite) and discover why this pair is essentially a breath away from homelessness. Halley may be the responsible adult in Moonee’s life, but it’s easy to sense that her irresponsible parenting and terrible life choices are likely a result of a broken childhood all her own. Along for the ride is the motel’s compassionate manager Bobby (Willem Dafoe) who is probably the closest thing that Halley and Moonee have to a father-figure. Their neighbors are colorful families with their own issues who somehow manage to care for one another with greater solidarity than what I’ve personally experienced in some of my own suburban neighborhoods.

The true tragedy of The Florida Project is its real-life factor.

Sean Baker set this film in a real motel where real families live real obstacles every day. The film has partnered with Rethink Homelessness to raise awareness of the “hidden homeless” who aren’t technically living on the street, but who lack even the most basic regular housing. A recent article spelling out this problem in the Washington Post stated that the film succeeds because “It may be the most joyful movie about poverty ever screened.” I’d concur.

Several times during The Florida Project I laughed myself silly. Brooklynn Price may be pint-sized, but her Moonee is a force of nature! I also truly loved the relationship between Moonee and Halley. Bria Vinaite, a rookie actor discovered via her Instagram feed, may be a newcomer to Hollywood, but I predict she’s just getting started. And I’m happy to have overcome my fear of Willem Dafoe’s previously creepy characters here. His Bobby, a man who has tragedies of his own, cares, and he does all he can in his own way.

Yet it’s Bobby who is also probably the reason I can’t seem to get The Florida Project out of my mind. In watching this film I realize that you and I are called to be “Bobby”. We may have a million reasons for not getting involved in fixing the world’s problems. We’re broken ourselves. We’re overwhelmed and underfunded. We have our own “issues”.

But if we don’t care, then who will?

The Florida Project doesn’t tie itself up in a neat little bow at its quirky ending. Getting there, unless you have a heart of stone, you will cry. As the credits roll, you may say, “Huh?” And then you will want to talk to whoever you saw the film with immediately and try to figure out what you just experienced. You’ll be puzzled by its complexities. You’ll be challenged by the issues it raises.

And you won’t be able to forget it. 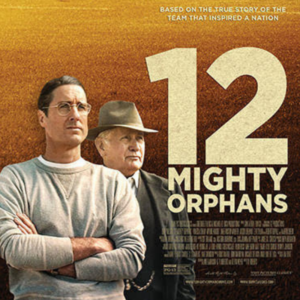