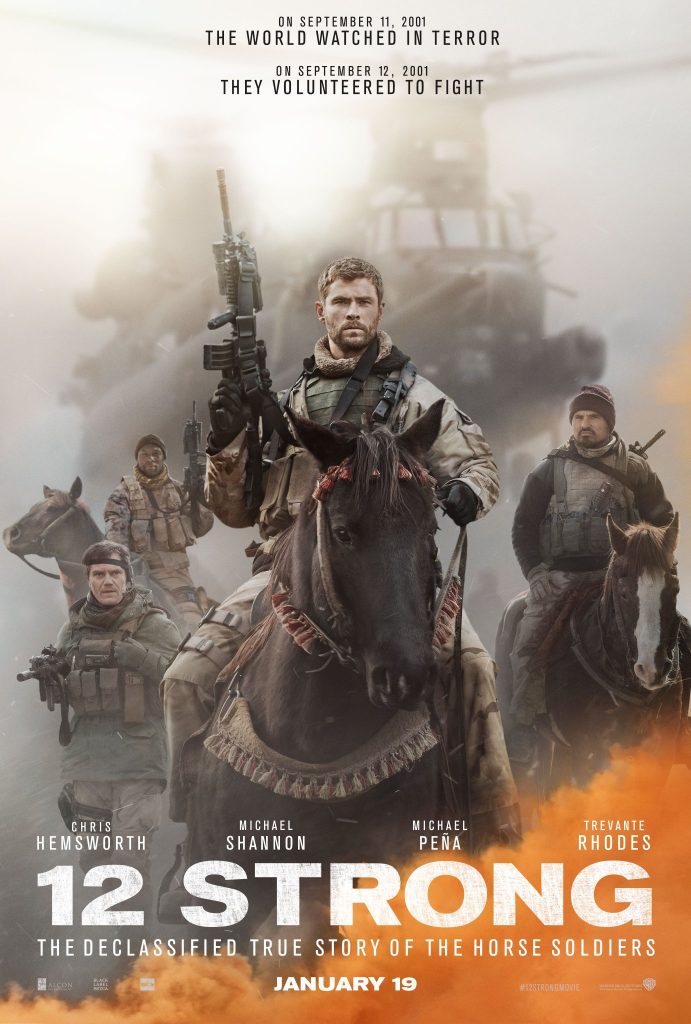 Some of the toughest scenes to watch in 12 Strong–the ones that most hit me in the gut–don’t happen when a band of Green Berets courageously venture, against all odds, into war astride horses. They don’t happen in bloody battle scenes of man versus tank. They’re not played out as inexperienced riders perch perilously alongside steep cliffs.

Instead, the most heart-racing images for me happen early in the film–adapted from Doug Stanton’s non-fiction account of real-life events now titled 12 Strong: The Declassified True Story of the Horse Soldiers (originally Horse Soldiers)–when we come to know these brave men and their families who quietly answered their nation’s call to duty. We can’t help but grimace as we witness Captain Mitch Nelson (Chris Hemsworth) watch a live television account of airplanes striking the Twin Towers on 9/11. How quickly one glimpse of that moment takes our hearts back to the tragedy that sets the action in this film in motion.

Captain Nelson, recently promoted to a desk job, immediately requests permission to return to his Special Forces unit and to lead them into battle. Ultimately, this request is earned. Nelson and team say their goodbyes to loved ones. I would have preferred to see even more from the brave families who are also the heroes of this story: the wives and children who accepted what surely must have felt at that time like a death sentence for their soldiers. The goodbyes are quick and heartfelt, but surely the pain must have lingered for what felt like centuries. 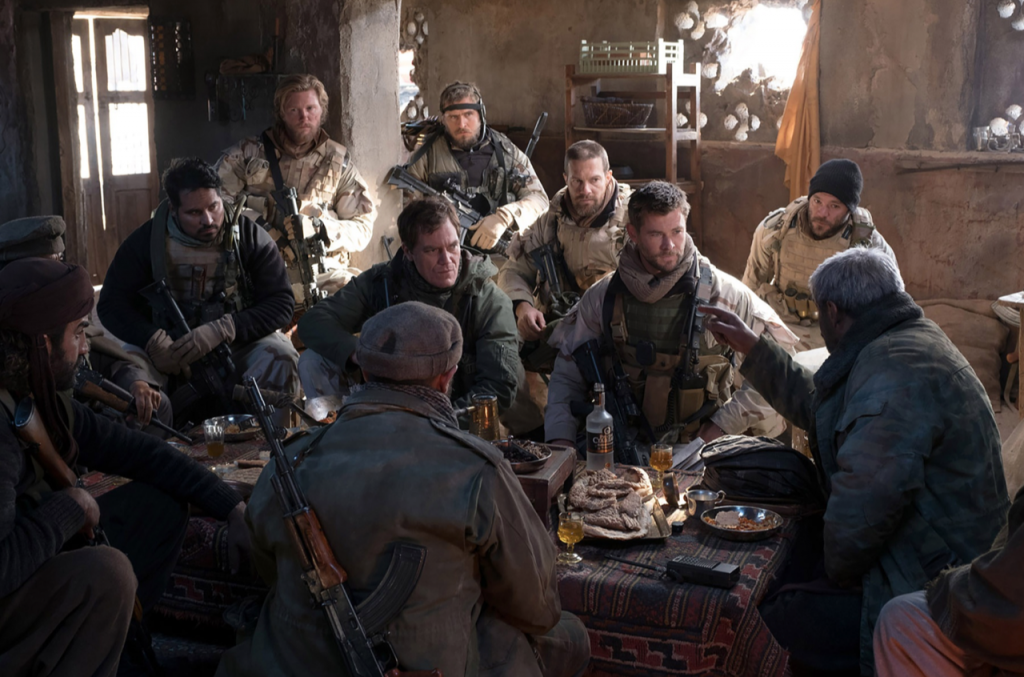 Quickly, Nelson’s unit is in Northern Afghanistan. Captain Nelson must employ diplomatic tactics to convince General Rashid Dostum (Navid Negahban), a leader of the very un-allied Northern Alliance to join forces with them to fight their common adversary: the Taliban and their Al Qaeda allies. In the film, there is a remarkable chemistry between these two leaders as each learns important life lessons from his counterpart.

The action in 12 Strong is remarkable in that Nelson and his unit must accomplish most of their work atop horses. These are not trained cavalry soldiers, but rather brave heroes who are willing to do anything to accomplish their mission. Just as they eventually learn to ride, they also learn much about the heart and courage of those they meet along the way. In one heartbreaking scene, we witness the carnage of a family who has dared to defy religious edicts to educate their young daughters. Another turn of heart occurs when a particularly unsentimental Ben Milo (awesomely played by Trevante Rhodes) eventually befriends the young Afghan boy whose been shadowing him and driving him crazy. Alongside Nelson and his men, we discover the heart of people we have perhaps misunderstood or misjudged. Even so many years after the events of 9/11, I welcomed the chance to discover the spirit and courage of General Dostum and his compatriots. 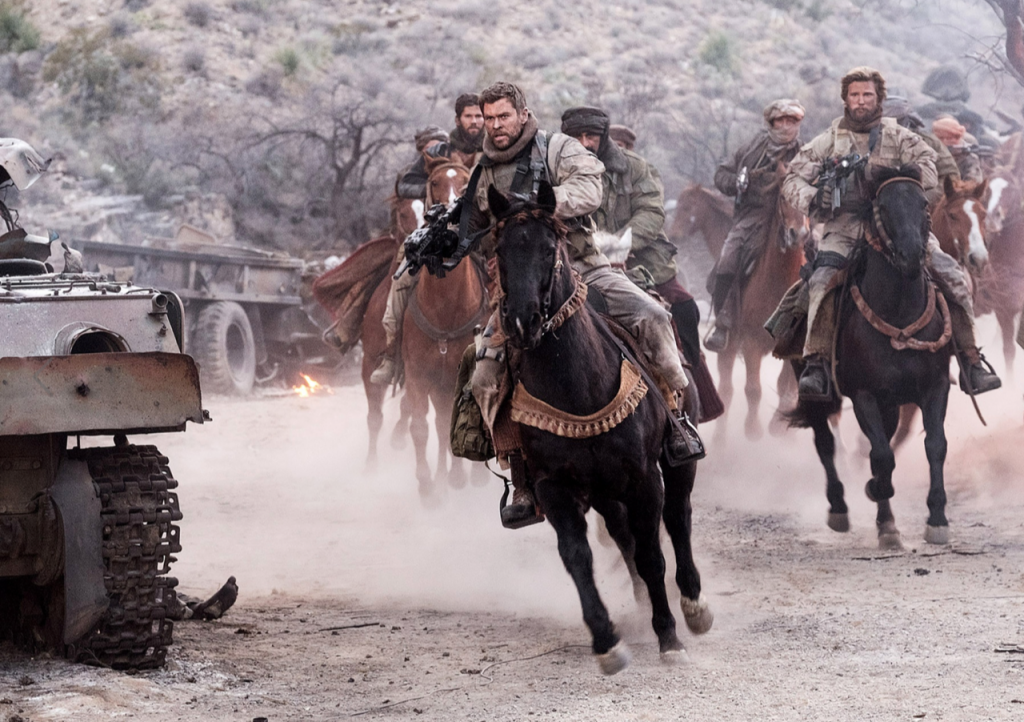 For fans of action flicks, there’s much to love here: phenomenal horse battle scenes, explosive attacks, and unimaginable bravery. I loved the epic location choices, especially the use of grand vistas in and around New Mexico to stand in for the film’s ultimate mountainous battle scene. The faint of heart will want to cover their eyes as director Nicolai Fuglsig and producer Jerry Bruckheimer combine talents to help us feel like we are right on the front lines of this now-declassified moment in history.

A tribute not only to these twelve men and their families but also to every soldier who has bravely stepped forward to defend our freedom, 12 Strong is a worthy reminder to thank our heroes, to honor them, to pray for them and to continually ensure their mental and physical well-being when they return home to us.

This film has been rated R by the MPAA for war violence and language throughout.