I’m just going to say it right up front: SKIN, opening in theaters and on-demand on Thursday, July 26, is not for everyone. It’s probably not even for most people.

But I feel compelled to share my thoughts on the film here because after screening it a few weeks ago, I could not stop thinking about the message of Writer/Director Guy Nattiv’s film and about how watching it impacted me. I can’t answer the questions SKIN formulated in my brain. I can’t unsee the ugly. Most of all, I can’t stop asking how such hate is possible, and how it’s become so prevalent in today’s world. This film is filled with extreme violence, racism, drug use, terrible language, sexual activity, and even a dog killing. So let me warn you upfront that SKIN is not a film for the faint of heart.

In her review of @A24 film #SKIN @LisaHendey considers the path out of hate to healing and whether mercy is truly possible for those who perpetrate pure evil. Click To Tweet

This being said, I still–weeks later–can’t stop thinking about SKIN. Inspired by the true stories of reformed white supremacist Bryon Widner and One People’s Project founder Daryle Lamont Jenkins, the film recounts in graphic fashion Widner’s attempts to leave a life of violence and pursue a dramatic transformation. With an excruciating two-year tattoo removal process as a backdrop for Widner’s rehab, we are offered a front-row seat, albeit sanitized I’m sure, for the pure, unadulterated hate that is the white supremacy movement.

Based on the 2012 MSNBC documentary, Bryon Widner was one of the FBI’s most sought after white supremacists. Covered in racist tattoos from head to toe that he earned performing hate crimes, he conducts a destructive life and is headed down the path of no return. When he meets Julie and her three young daughters from previous relationships, the responsibilities of fatherhood give him the desire to leave the movement behind. He endures death threats and harassment from his old gang while attempting to turn his life around. With the help of the FBI and SPLC, he undergoes 25 brutal tattoo removal surgeries in exchange for decoding the tattoos covering his body, which culminates in the arrest and conviction of his former gang.

A Tale of Two Mothers:

While there is much to say about the compelling performance of Jamie Bell as Widner, I found myself most moved by the women at the heart of SKIN. In juxtaposing roles, we meet Julie Price (Danielle Macdonald) and Shareen “Mom” Krager (Vera Farmiga) as they vie for Bryon’s life. Shareen is the mother figure who has welcomed Bryon and so many other lost souls into her partner “Hammer” Krager’s clan of hate, the Vinlanders. Julie, a mother of three precious daughters who is trying valiantly to leave behind her own family history of hate, is the woman who inspires Bryon to strive for change. Although she clearly loves Bryon, Julie’s motherly instincts struggle between the safety of her children and her clear passion for a man she loves.

Shareen’s hate may have softer corners than Hammer’s does, but that makes it all the more insidious. Any mom watching SKIN can’t help but wonder what could possibly lead a person to choose the path of hate. Shareen reminds us that in choosing hate, some of the lost souls who find their way into today’s all-too-pervasive culture of hate do so because the world has told them that they themselves are unlovable. Gavin (Russell Posner), a composite character who typifies those who enter the Kragers’ “family”, is a homeless teen simply seeking shelter and a way to survive. With the Vinlanders, Gavin is indoctrinated and tattooed into a clan that gives his life purpose. Bryon witnesses Gavin’s recruitment and sees perhaps the arc of his own journey of desolation.  As Gavin becomes more and more a part of the Vinlander “family”, Bryon desperately reaches out to Daryle Jenkins as a lifeline out.

The circumstances that lead one to choose a life of hate in no way justify their horrific actions. But they do cause a person of faith who believes in mercy to ponder if there can possibly be redemption, hope, and healing for a man such as Bryon who has perpetrated such tremendous evil.

SKIN ultimately finds a resolution, but it’s not without a tremendous amount of pain–both emotional and physical–along the journey. This film causes us to ask ourselves why so many in today’s world choose hate, how they justify hate, and why hate continues to perpetuate in our culture. SKIN, through the story of one family’s path into and out of systemic hate, offers a glimmer of hope that there is perhaps a way forward.

In Theaters and On Demand July 26, SKIN is Rated R for disturbing violent content, pervasive language, some sexuality, and brief drug use. 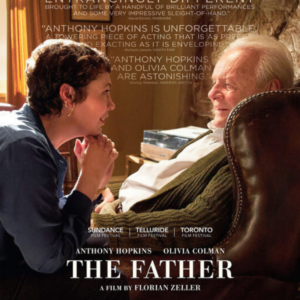