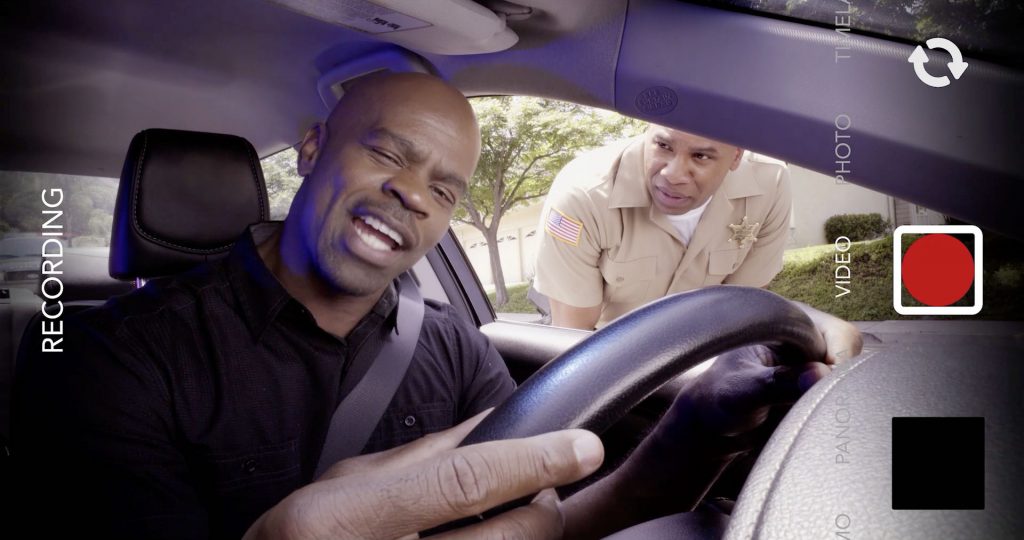 It's likely that when Writer/Director Ben Silverman conceived of Selfie Dad, available now on VOD, he couldn't have anticipated the societal climate in which we find ourselves living. To be honest, I've been limiting my film coverage these days because talking about movies feels a bit superfluous in the midst of pandemics and the examination of systemic racism.

But I also have the sense that if your family is seeking a film to watch together on Father's Day weekend, Selfie Dad might be just the ticket.

Ben Marcus (Michael Jr.) has a problem. He’s healthy, happily married with two beautiful kids, and has a successful career as a reality TV editor—but he isn’t happy. Despite everything he has achieved, a hole has developed in his life, a hole that nothing seems to fill. Yep, Ben Marcus is facing a mid-life crisis. However, Ben thinks he knows how to solve his problem. He believes that what’s missing from his life is laughter, more specifically he thinks fulfilling his long set aside dream of becoming a comedian will make him complete. And what better way to jump-start his comedic career than with a YouTube channel? Initially, Ben’s videos fall flatter than a pancake. That is until he receives some unasked for help from his son, who posts a video of Ben failing miserably at a home improvement project online. #fail Much to Ben’s surprise (and his daughter’s embarrassment) the video is a hit and quickly goes viral! Pretty soon Ben has a new career as “Selfie Dad,” and he’s an award-winning social media phenomenon with Internet celebrity. Everything is going according to plan, so why is he still unhappy? That’s when Micky, a brash IT guy studying to be a pastor, enters Ben’s life. Mickey, a wise-beyond-his-years 25-year-old, knows what Ben’s life is really missing: God. Will Ben be open to receiving the Word? Will he allow God to enter his heart and change his life for the better forever? Watch the Selfie Dad movie to find out.

Selfie Dad brings up topics that are worth discussing: family life, pursuing our missions in life, interpersonal relationships and assumptions, and the place of faith in our hearts and homes. At its core, Selfie Dad is a faith-based film, with some of the challenges attendant to the genre. Even while poking fun at its peers, the film takes short cuts and perhaps too seamlessly puts scripture at the center of life's solutions.

But Comedian Michael Jr. as Ben brings soul and spirit to a role that will feel resonant to any parent of a certain age. This dad's search for meaning mirrors our own, especially in these days when life feels so incredibly challenging. The family themes here may help us to laugh at some of the madness of being locked in our homes with one another for what feels like an eternity. Ben thinks he's onto his true calling but is forced to look deeper than his video camera's viewfinder to find lasting peace and clarity. Fame may come virally, but figuring out life's greatest mysteries isn't always so quick. Sometimes we all have to make difficult choices that reflect the true nature of our character.

Rated PG for thematic elements and some suggestive material, Selfie Dad is an easy choice for what to watch together this weekend, not only as a laugh out loud romp but also for a jumping-off point for real conversation.