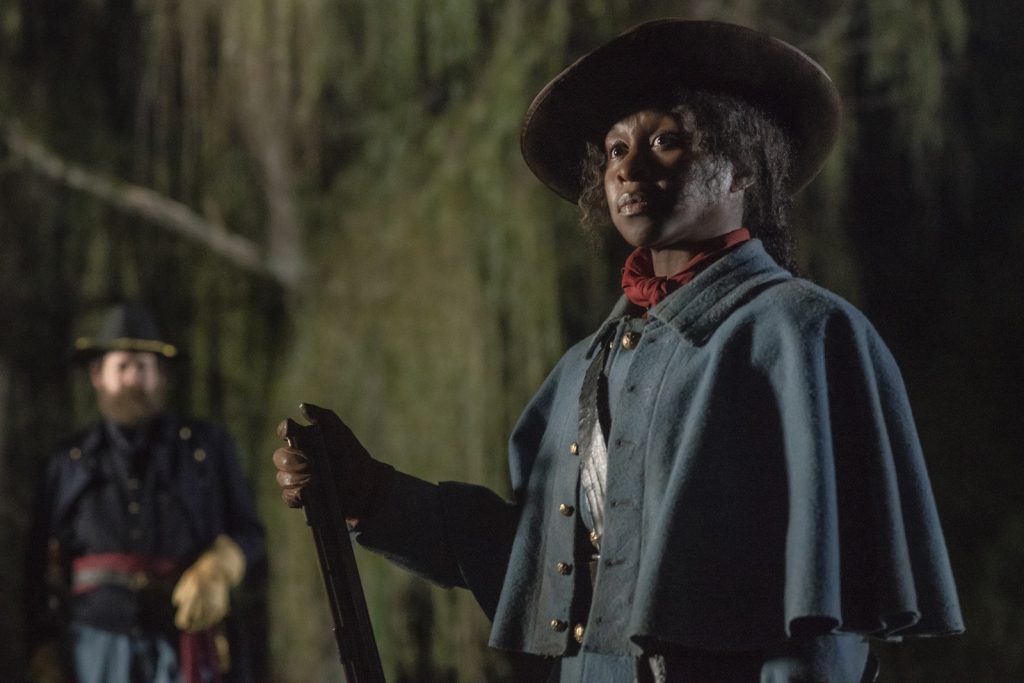 In theaters nationwide on November 1, HARRIET stars Cynthia Erivo as one of our nation's most courageous and yet somehow largely unknown historical figures.

As the film opens, we meet Harriet Tubman as "Minty" (a nickname from her birthname "Araminta Ross"). She is an enslaved woman, the wife of a free Black man named Junyah (CJ McBath), and a loving daughter and sister. These relationships are significant in that they lie at the heart of Tubman's continual drive to risk her life for her mission of liberating others, especially her family.

Faith and how it drives us to act are also key components of HARRIET. We witness Tubman in many of the dream-state spells she has as a result of a traumatic head injury. Combined with her strongly Methodist upbringing, these encounters with the Divine impact and overtake Harriet throughout her life, convincing her that she cannot rest once her own personal liberty is won through a daring escape.

Surviving her terrifying solo journey to freedom, Harriet Tubman arrives eventually in Philadelphia, Pennsylvania. Here she joins an operation already in place and being led by abolitionists William Still (Leslie Odom Jr.) and Marie Buchanan (Janelle Monáe). Unable to rest in her newfound freedom, Tubman soon begins her own work along the Underground Railroad. Despite the increasing price placed on her head and the rabid pressure of her former slave owner Gideon (Joe Alwyn), Harriet won't quit.

We journey with Erivo's bodacious Tubman into repeated and increasingly risky missions to liberate growing numbers of slaves. Her mythical reputation grows causing the diminutive but bold woman to earn the nickname "Moses". As the stakes heighten, so does Harriet's courage and her bravado. 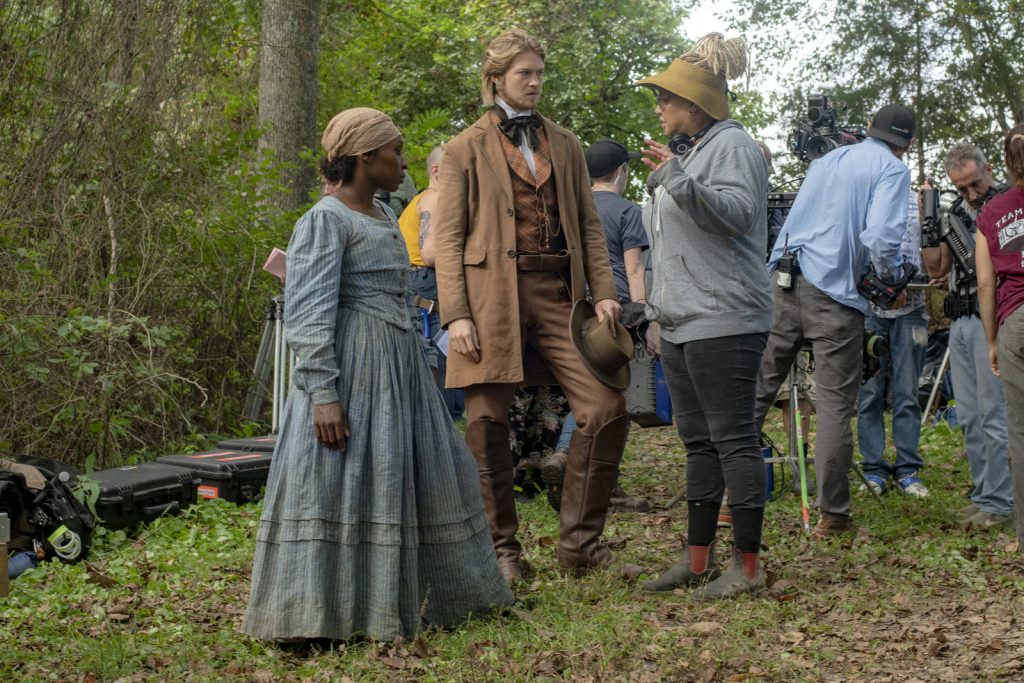 It's likely that historical liberties were taken to amp up the storytelling here, but the outcome is a film that inspires the viewer to leave the theater with a desire to better know Harriet Tubman and her life's true account. Masterfully directed by Kasi Lemmons, HARRIET is an important film in that it acquaints many of us--perhaps sadly for the very first time--with the life of a remarkable woman whose legacy also included serving the Union Army and on the forefront of the women's suffrage movement. Films such as this one have the capacity to invite us into a far deeper consideration of heroes such as Tubman and to rise to our own divinely inspired missions.

Based on the thrilling and inspirational life of an iconic American freedom fighter, HARRIET tells the extraordinary tale of Harriet Tubman's escape from slavery and transformation into one of America’s greatest heroes. Her courage, ingenuity, and tenacity freed hundreds of slaves and changed the course of history.

Inspired by the courage of Harriet Tubman's life, @HARRIETfilm is an artful retelling of a too-little known chapter in our nation's history. Check out Lisa Hendey's review of #Harriet Click To Tweet

Inspired by the courage of Harriet Tubman's life, HARRIET is an artful retelling of a too-little known chapter in our nation's history. Cynthia Erivo stands out in her portrayal of a visionary Civil Rights leader who would not rest until freedom for all was assured and secured. The film provides an important reminder that we cannot give up fighting on behalf of the life and liberty of souls around the world who continue to be persecuted.

HARRIET is PG-13 for thematic content throughout, violent material and language including racial epithets