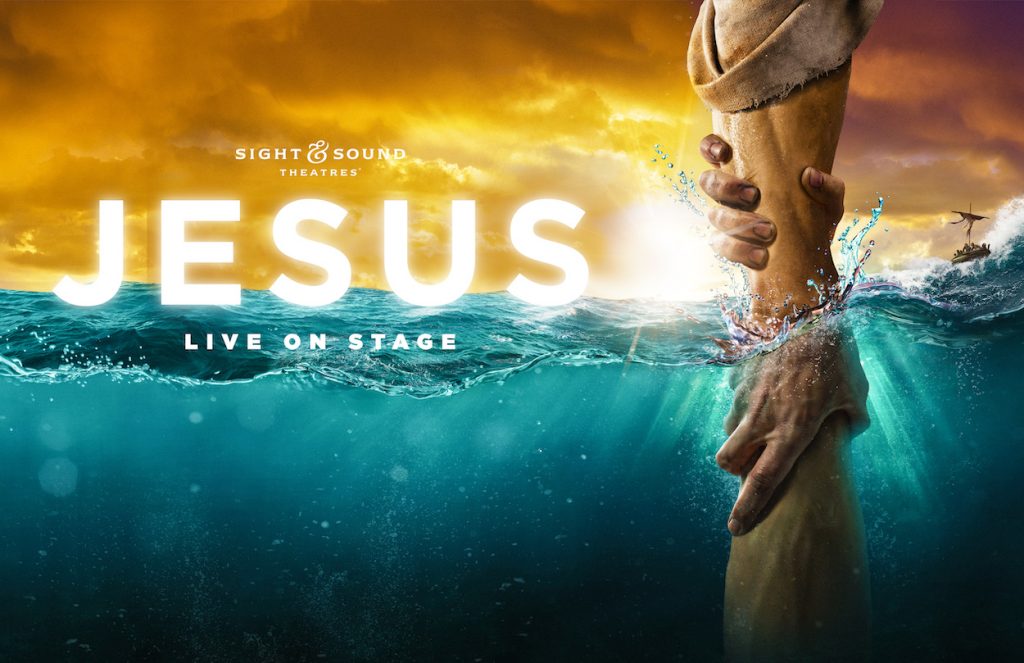 Sight & Sound Theatres invites you to experience the greatest rescue story of all time! This
action-packed musical stage adventure takes you on a miraculous journey alongside the
most famous person to ever walk the earth and the everyday people whose lives he
changed forever.

Several months ago, I had the opportunity to interview Katie Miller and hear about how Sight & Sound Theatres, a theater company in Lancaster, Pennsylvania, is touching hearts and souls through musical productions based upon the greatest stories from the Bible. As Corporate Communications Manager and a member of the founding family of Sight & Sound Theatres, Katie works with the Leadership Team, Management Teams, and individual departments within the organization’s Lancaster and Branson venues. I was enthralled by our conversation and loved learning about how the simple roots of Sight & Sound have blossomed into such spectacular productions. I immediately placed “Visit Sight & Sound in Lancaster” on my bucket list.

Several months later, I was thrilled to learn that a speaking opportunity at a conference would take me to Lancaster so I could see for myself what Katie Miller had described. Along with two good friends Barb and Danielle, I ventured through the rolling green hillsides to the theater to enjoy JESUS, Sight & Sound Theatres’ current production. We saw it the theater looming large long before we arrived, like a castle settled amidst the bucolic farmland. Katie Miller kindly met us in the lobby and treated us to a fascinating behind the scenes look at the magic that is Sight & Sound Theatres.

Our sneak peek took us first into the 2,000-seat theater auditorium for our first look at the expansive 300-foot stage that wraps not only across the stage but onto both sides of the theater. Behind the intricate set pieces, we gaped at the massive LED screen, which has been called the largest in the world, measuring 113 feet wide (roughly the wingspan of a Boeing 737) and 30 feet tall (three stories high). We entered the incredibly intricate control room and learned about the accommodations and safety issues for the theater’s animal cast members. We peeked into the costuming area where designs are created and produced and met the hair and makeup team who help transform the cast’s dozens of musical actors into characters from the Bible. We even had a look at the sets currently being built for Queen Esther, the next production to be unveiled in Lancaster in 2020.

Around every corner, it was obvious to see that Sight & Sound Theaters is employing the latest technology and the most innovative creative tactics to bring to life some of the world’s oldest and most beloved stories. But nothing could prepare me for what would happen when the lights dimmed and the show began! 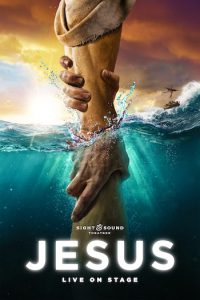 From the streets of Jerusalem to the raging Sea of Galilee, Jesus befriends outcasts and heals the hurting. He challenges social norms and confronts hypocrisy. He sets sail with fishermen and reasons with religious scholars. And the lives he touches will never be the same. Experience the action-packed musical stage adventure that takes you on a miraculous journey alongside the most famous person ever to walk the earth and the everyday people whose lives he changed forever.

For two and a half hours, my senses were treated to one of the most compelling theatrical performances I’ve ever experienced. The original score and songs, the intricately crafted sets and costumes, the magnificent animals and the gifted performers combined to bring to life stories from the Gospels that I’ve read time and time again. It’s safe to say that after having seen JESUS, I had two immediate reactions:

I can’t wait to go home and read my Bible.

I can’t wait to see it again. 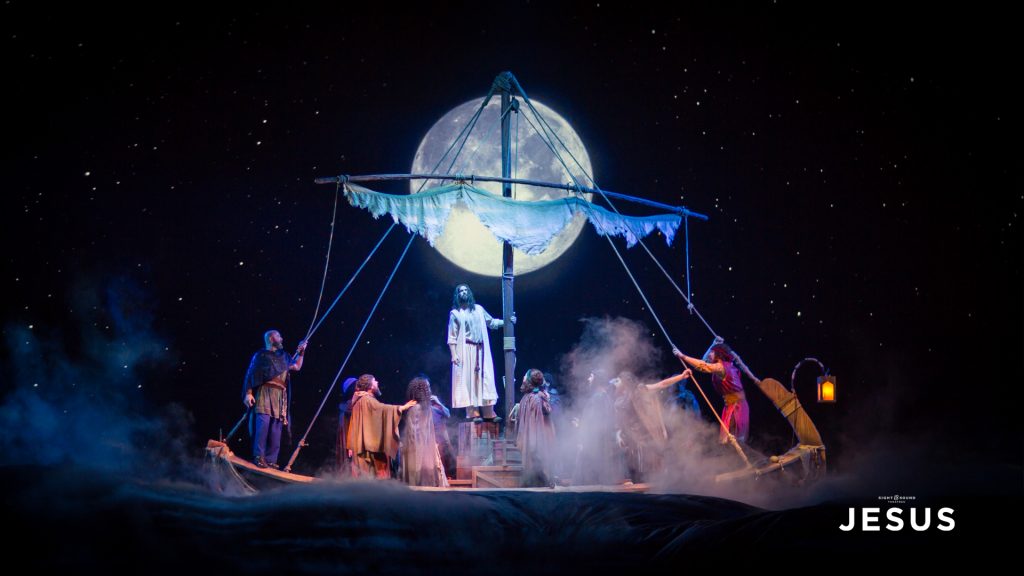 As the show came to an end, I was surprised to see that rather than the typical “curtain call” where the actors take a bow, something different happened. The talented actor who had portrayed Nicodemus took center stage and invited all present to come forward if they desired to meet a Prayer Team member. The mission orientation of the hundreds of people who bring JESUS to life at Sight & Sound was evident at every turn. This wasn’t about individual accolades but instead about helping deepen each member of the audience’s personal relationship with God.

I turned to the ten-year-old boy who had been seated in front of me and asked what he thought of the show. His excitement matched my own as he shared with me the other live shows and DVDs he’d seen and the Bible heroes he’d met through Sight & Sound. He and I weren’t alone in our impressions. All around us, theatergoers of all ages from families, church groups and tourists were abuzz with excitement. Sight & Sound Theatres is "family-friendly" not only in that the entertainment is appropriate for all ages, but also that this is a family outing that has the potential to radically change your family's life. 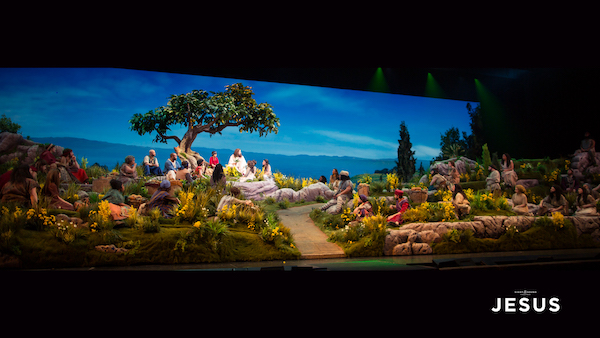 Barb Szyszkiewicz, a magazine editor and theater mom said, “My experience at the small community theatres where my son performs did not at all prepare me for the grand scale of the Sight & Sound production. Ingenuity, modern technology, and attention to detail combined to create the perfect backdrop for a spectacular performance.” Danielle Bean, a television host and producer who has homeschooled her eight children shared, “Watching this show was such a thrill! Witnessing the story of Jesus with all of my senses was a deeply moving experience. The message of God’s love and mercy shone through this outstanding performance.” 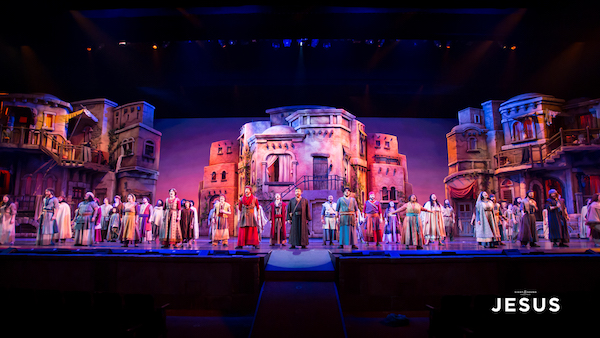 If you have the opportunity to attend a Sight & Sound Theatres performance in either of the company’s locations, I encourage you to make the most of your time. Arrive early, enjoy visiting the lobby area where gifts and refreshments are available, and plan for extra time at the end to pray with the team.

And have your Bible ready. After seeing this show, you’ll be ready to read it with a fresh, invigorated perspective that will truly bring the words on the page to life.