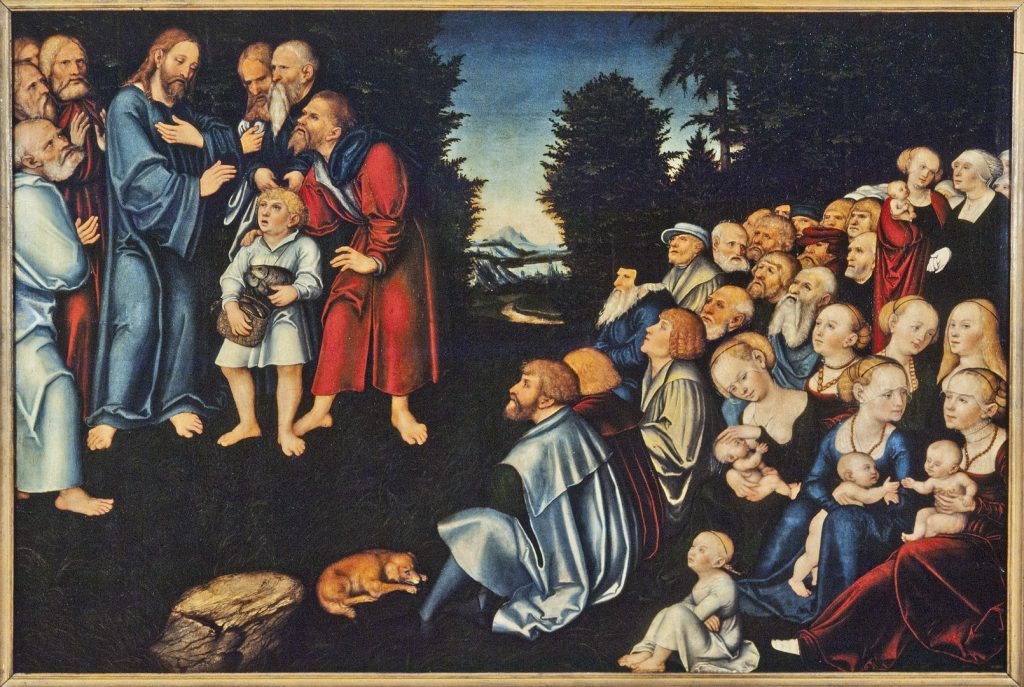 "The Miracle of the Five Loaves and Two Fish" by Lucas Cranach the Elder - Source: Nationalmuseum, Public Domain,

One beneficial side effect of our sequestration during the pandemic is the fact that I've found more time to read each day. I've been working my way through a few novels with my parents during our daily read-aloud time on Alexa. At the moment, we're mid-way through Kiss the Girls and Make Them Cry by Mary Higgins Clark. It's an enjoyable, quick read with compelling characters and no objectionable themes. That helps since as the narrator I'd rather not have to read profanity out loud to Mom and Dad.

In my own reading time, I'm typically working my way through several books at once, savoring a few pages each morning of whatever is currently in my stack. Last week, I completed Call It Grace: Finding Meaning in a Fractured World by Serene Jones and God Isn't Finished with Me Yet: Discovering the Spiritual Graces of Later Life by Barbara Lee. This week, I've been engrossed in Your Blue Flame: Drop the Guilt and Do What Makes You Come Alive by Jennifer Fulwiler and Choosing the StrongPath: Reversing the Downward Spiral of Aging by Fred Barlit. Each of these selections deserves a blog post of their own, but in the interest of keeping this post concise, I'll just point you to my reviews on Amazon. Perhaps you'll notice some trends in my reading... 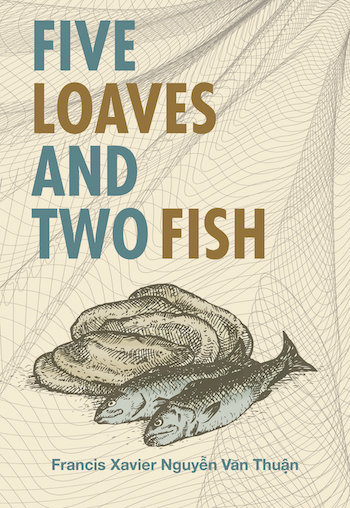 This week, I picked up Five Loaves and Two Fishes by Venerable Cardinal Francis Xavier Nguyen Van Thuan. Having grown up in an area of California that is now known as "Little Saigon", I've long held a deep affection for Vietnamese culture and spirituality. Cardinal Van Thuan was named Venerable in 2017 by Pope Francis and is currently on the path toward beatification. For me, he is a newly discovered spiritual friend. When you read about the life of the cardinal, you learn that much of his journey involved imprisonment and persecution. But while incarcerated, he was able to pen The Road of Hope: A Gospel from Prison, 1001 short messages of faithful encouragement. Once released, he ministered in exile until his death in 2002.

Five Loaves and Two Fishes was compiled after the cardinal's release.

In Five Loaves and Two Fish, a book drawn from his remarks to young people at the 1997 World Youth Day in Paris, Cardinal Francis Xavier Nguyen Van Thuan reflects on his life and his relationship with God and his Church. In the same way that Jesus fed thousands with only fives loaves and two fish, Cardinal Van Thuan, with characteristic humility, offers his own life as an example of the great things God can work through his servants. “Like the boy in the Gospel passage, I will recall my experience in seven points: my five loaves and two fish,” he offers. “These are nothing, but it is all I have. Jesus will do the rest.” (Source: Pauline Books and Media)

While concise, this book came to me at the perfect time. It would be wildly inaccurate to compare pandemic quarantine to imprisonment and persecution. But Cardinal Francis' words brought me such solace and peace that I wanted to make a point of sharing a few quotes from the book with you. The book's title refers to the gifts of the young boy who gave all he had--five loaves and two fish--into the hands of Jesus and saw them multiplied miraculously to feed 5,000.

An early reflection in the book entitled "God and God's Works" reminds us that we are called to follow God, not the works we believe we are doing on God's behalf. As a priest and Bishop, the cardinal had seen "success" in building the Church in Vietnam. Isolated in prison, he despaired. How could God possibly use him to save souls when he was locked away and isolated? Kneeling before the Eucharist in prayer, he heard these words: "It is me you are supposed to be following, not my work! If I will it, you will finish the work entrusted to you." In other words, focus on the source of the work, not the work itself. Sometimes, those of us who "work" in ministry or even those of us who simply desire to share our faith can become so caught up in our to-do lists that we neglect the Creator who dictates them for us.

You and I are not "imprisoned", but in many ways, we have been called inward in a way that is totally, radically new for us. For me personally, my days of traveling and serving in person are gone for an unknown period of time. But Venerable Cardinal Francis Xavier Nguyen Van Thuan words and this simple book have reminded me that I have my own "loaves and fish" to share.

It's time to humbly offer them in new, simple, and creative ways, and to see how God will multiply them.

A question for you: How are you like or unlike the boy who gave Jesus his loaves and fish? What gift are you being called to share?